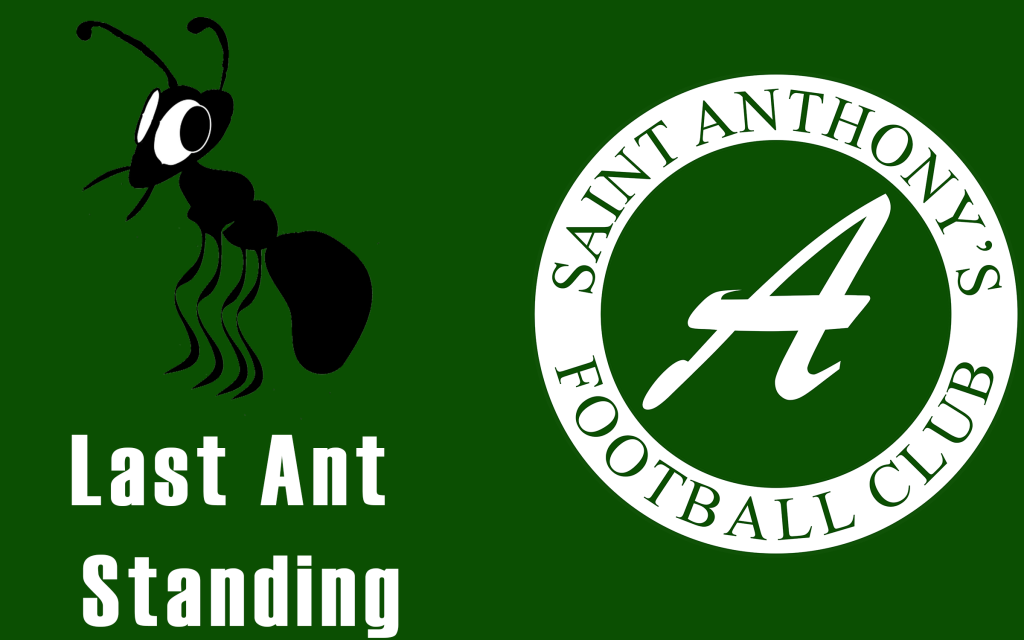 The clubs popular Last Ant Standing competition is starting up again for the new year. We are going to start hopefully for the 18th January at £10 a go. Last time the prize money was £620 which was won by Paul Sweeney. This means no rollover, and a fresh slate so the prize money will be dependent on entries.

Last Ant standing is simple to take part in, you simply pick a Premier League club who you think will win from that weeks fixture list that is provided. If your team wins you advance to the next week, where you pick another Premier League club from that weeks fixture list, and so on until there is only one person left as the Last Ant Standing. If all entrants get eliminated without an outright winner then the prize money rolls over and everyone is eligible to come back in for a rollover!